How It All Started

On October 18, 1982 Paul Grattarola purchased the restaurant (known at the time as Gino’s Restaurant) and renamed it “Crunchy’s” (Paul’s nickname from his College days).

Under Paul’s ownership the cities of East Lansing and Lansing were introduced to the “Best Burger in Town” – a ½lb Crunchy burger. The ½ lb Crunchy burger has kept this tradition for 36 years and is still the “Best Burger in Town”. As Crunchy’s was transformed from a traditional Italian restaurant into a more casual restaurant, Paul introduced yet another well known item to Crunchy’s – the bucket of beer. This bucket of beer, a full 270 ounces, continues to be a topic of conversation around many tables.

On October 14, of 1994 the reins of Crunchy’s exchanged hands to Dave & Vivian Milligan. The new owners took the successful restaurant it was and added their own touch. The first step, to some regular’s chagrin, was to switch up the beer selection from just Stroh’s; Dave introduced variety in beer. In early 1995 karaoke entered into the mix and to this day is still a “happening” event on Thursday, Friday and Saturdays. For many years, on occasional Wednesdays you could also experience Donn Dowland and his “politically incorrect music and humor”.

In summer/fall of 1998 Dave and Vivian expanded the size of the restaurant and added a patio to the mix.  To go along with the increased size of the restaurant it was decided to once again mix up the beer selection. With a total of 12 taps, Crunchy’s began their entrance into the microbrew beer arena — way ahead of the crowd. With the growing popularity of craft beer and the support of many Michigan breweries (and others), Crunchy’s now has 27 beers on tap. Crunchy’s has not only established itself as having the “best burger in town”, but also has gained recognition from beer connoisseurs as having the “best taps in town”.

2015 saw the reins of ownership change once again as Vivian sold the restaurant to her General Manager of 5 years, Michael Krueger, wife Jessica and business partner John Mosholder.  Though they have put their own touch on parts of Crunchy’s here and there, the Krueger’s are committed to keeping the spirit of Crunchy’s as has always been intended – a gathering place for sports fans, friends, neighbors, students and locals of all ages. On occasion you might have seen the basketball, football and hockey coaches pass through the doors, and even the Stanley Cup and NCAA Hockey trophy at East Lansing’s Original Craft Beer Bar. 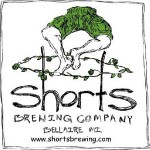 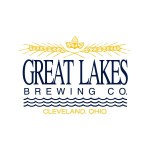 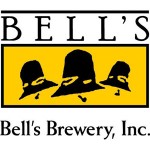 Bell's Brewing Co.
– Kalamazoo, MI
Craft Local
About Us
Since 1982, Crunchy’s has been an East Lansing staple, serving up the best burgers, pizza, and of course 27 handles of your favorite craft beer. So whether you’re looking for a place to watch the big game, or a place to sing karaoke and enjoy a bucket of beer with your best friends, you found it. Read More
Copyright © 2023 Crunchy's East Lansing | Powered By The Media Advantage